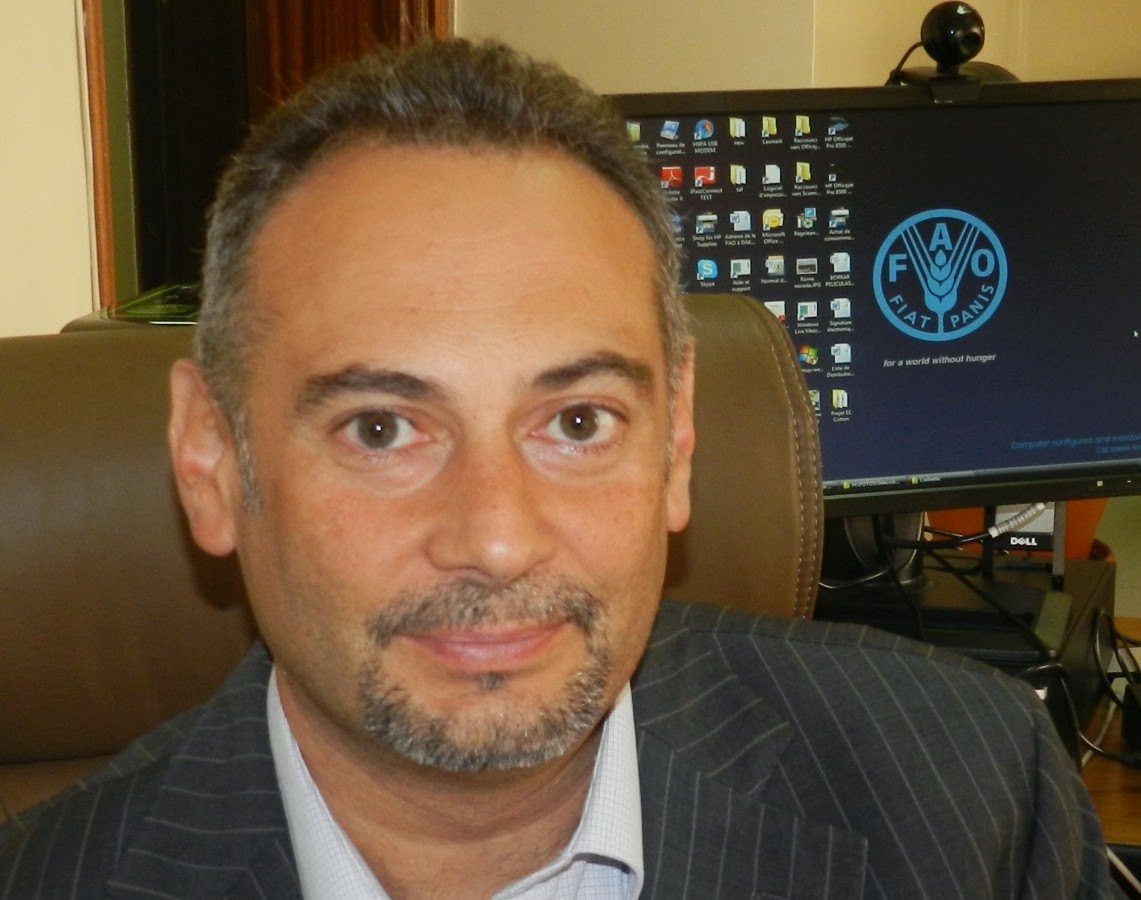 Renewed support needed for agricultural support in the Sahel


On 3 February 2014, humanitarian partners launched the 2014-2016 Strategic Response Plan for the Sahel in FAO premises in Rome. The launch of the Plan was the culmination of a regional process in which hundreds of partners delivering humanitarian aid in the Sahel countries have come together to assess needs and formulate concerted plans and a unified funding request to UN Member States and donor organizations.
For 2014, the Plan includes response strategies to cover the most humanitarian needs of millions of people still affected by food insecurity and malnutrition in the region, including agricultural response. On 2 May 2014, only 13 percent of the required funds for the agricultural component of this appeal were received. 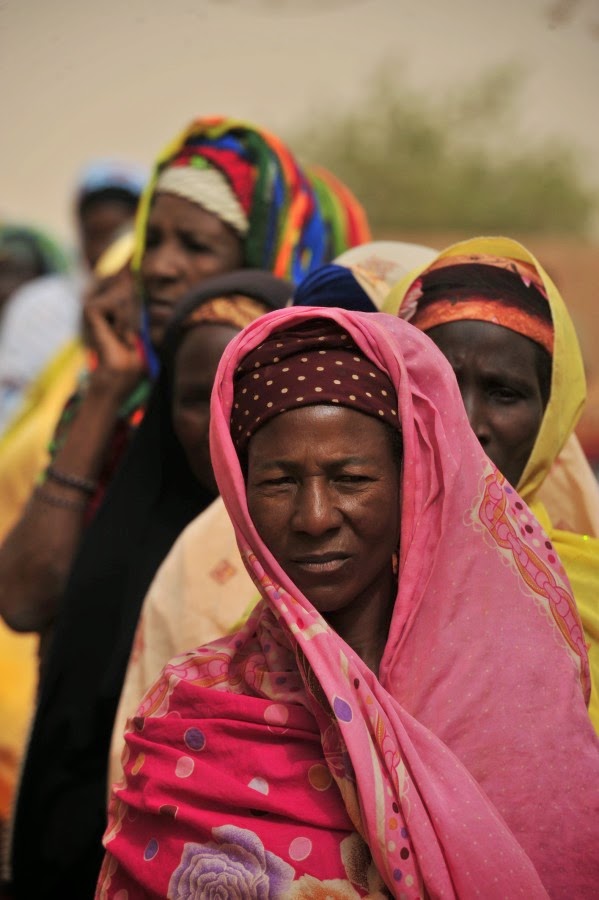 What are the immediate consequences of this lack of funds?

The lacks of adequate funding for emergency agricultural and livelihood support in the Sahel is preventing vulnerable communities who rely on small-scale agriculture to produce their own food. Millions of men and women farmers have to face the next main agricultural campaign (May-October 2014) with depleted or low stocks of food crop seeds, and will therefore cultivate reduced areas of land, or will not even be able to plant at all. Herds are extremely weakened by the lack of adequate food due to deficits in previous months fodder productions. As a consequence they are very vulnerable to diseases and to death.
Vulnerable families will rely entirely on markets in the coming months as the lean season, also known as the ‘hunger season’, has already begun. In absence of assistance, the most vulnerable households are forced to reduce quantity and quality of daily meals, reduce their investment in quality inputs, sell their productive assets and become indebted. These negative coping mechanisms threaten their ability to respond to shocks in the short, medium and long term. In particular vulnerable households will be confronted to possible droughts, floods or insecurity in the months to come with low level of adaptative capacities.

We can make a difference

Posted by Unknown at 4:20 PM No comments:

Crisis in the Sahel: Adolescent Girls Struggle in Mali and Niger

Adolescent girls are often the first victims in crisis situations, and the last to receive help afterwards. Plan recognises this and is making an effort to address the needs of victims of last year's conflict in Mali, as well as in Niger, where adolescent girls are often taken from school and married off to help their families during times of drought and food shortage.

Posted by Unknown at 1:08 PM No comments:

Throughout the pilot phase, P4P has focused on assisting women farmers to benefit economically from their work, gaining confidence and voice in their communities and homes. Mazouma Sanou, a farmer from Burkina Faso, has first-hand experience of these benefits as well as the challenges still facing women farmers.
“P4P started as a gender conscious project,” says P4P gender consultant Batamaka Somé’, during the 2014 P4P Annual Consultation. From its inception, he says, P4P faced many challenges to women’s empowerment, such as women’s limited access to inputs and credit, their unpaid contributions to farming, and the male-held control of household production and marketing.
To address these challenges, P4P’s first step was to create realistic goals, and a framework within which these could be achieved. This was documented in a gender strategy. The development of the strategy was led by the Agricultural Learning Impacts Network (ALINe), and included extensive field research and literature review, which provided a nuanced and culturally specific view of women in agriculture.
Today, a number of P4P’s targets related to gender have been met. Women’s participation in P4P has tripled since the beginning of the pilot, and some 200,000 women have been trained in various capacities. Skills and income gained through P4P have boosted women’s confidence, enabling them to participate and engage more in markets. However, many challenges remain to further assist women to access markets and benefit economically from their work.

Mazouma Sanou is a 43-year old woman farmer from Burkina Faso. She is married and the mother of three children. Mazouma is a member of a P4P-supported cooperative union called UPPA-Houet. Today, the union has 20,500 members, 11,000 of whom are women. Mazouma contributes maize, sorghum, and niébé (cowpeas) to her union’s sales to WFP.
Mazouma also works as a field monitor paid by WFP and OXFAM to coach 25 rural women’s groups affiliated to her union, assisting them to produce and earn more. She works as an intermediary between groups and partners, and assists women to better organize their groups. She also supports them throughout the production process, making sure their products meet standards and working with them to improve their marketing and gain access to credit.

P4P has contributed to an improvement in family dynamics by increasing women’s economic power through P4P-supported sales, finding that with money in their hands, women have more voice in their communities and homes. P4P and its partners also carry out gender sensitization training for both men and women, illustrating the tangible benefits which can be realized by households when women participate fully in farming activities.
Mazouma says that since their involvement in P4P, many women are able to make family decisions in collaboration with their husbands. She states that this has made income management easier, allowing families to plan for the possibility of unexpected illness, and to set aside money for enrolling their children in school.
Additionally, Mazouma has seen great changes at the community level. She says that thanks to their increased economic power, women are now more involved in decision-making and planning both in the cooperative union and their communities.

While Mazouma says that gender dynamics are certainly changing for the better in her community, she acknowledges that there are still challenges ahead. She says that certain men do resist women’s increasing voice, and that she often works with women to discuss family life and helps them negotiate with their husbands.
“Women have to help educate their husbands. Dialogue can certainly change attitudes, but you can’t command people to do things,” she says. “I ask the woman ‘if you get that money, what will you do,’ and she says ‘help the children,’ so I say ‘your husband can take another wife but your children can’t have another mother. Your children can really benefit from this.’”
Many women in Mazouma’s farmers’ group have benefited economically from their work with P4P. Despite this, while over 50% of the UPPA Houet’s members are women, only 32% of the farmers’ organization’s sales to WFP were supplied by women, putting just 22% of the union’s sales directly into women’s hands. The five-year pilot illustrated that progress has been made, however continued efforts are required to ensure that more women benefit economically from their work with P4P.

When asked about the future of her cooperative, Mazouma says, “from the very start P4P has been a school where we have learned how to improve our work, how to improve quality. I think we need more training, so women can help women train each other and develop their work.”
Though women such as Mazouma have received benefits from their participation in P4P, there is still is a long way to go. Change at a community and household level is slow, and many of the deep-seated cultural and social challenges identified at the beginning of the project have still not been completely overcome. However, the progress made so far is an indicator of the potential impact of culturally specific, flexible and nuanced gender programming.
“A great deal of work still needs to be done for gender equity to be fully realized,” says WFP gender advisor Veronique Sainte-Luce. “But P4P has been identified as something valuable, something positive, which has made a difference in women’s lives.”
For more information go to www.wfp.org/purchase-progress
Follow WFP on Twitter
Posted by Unknown at 3:07 PM No comments:


More than 20 million people - that's roughly 1 in 8 - in the Sahel do not know where their next meal is coming from. Their struggle is compounded by continued conflict, natural disasters and epidemics.

On 3 February in Rome, United Nations Agencies and partners launche an unprecedented, three-year Strategic Response Plan to bring life-saving assistance to vulnerable families and break the crisis cycle for years to come.

Robert Piper, United Nations Humanitarian Coordinator for the Sahel, explains how the plan will save lives now an in the future.

Posted by Unknown at 5:11 PM No comments:

Posted by Unknown at 5:09 PM No comments: 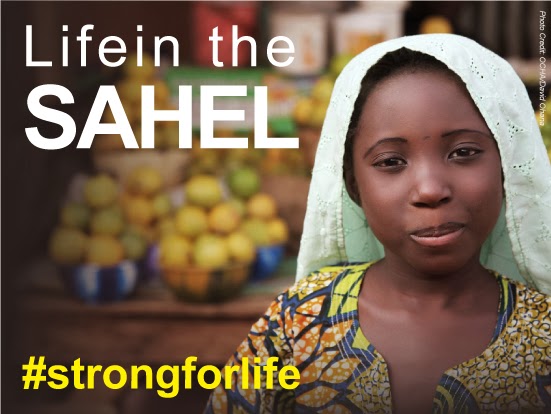 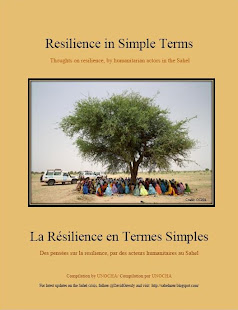